A very interesting pattern is developping in the Bitcoin Market 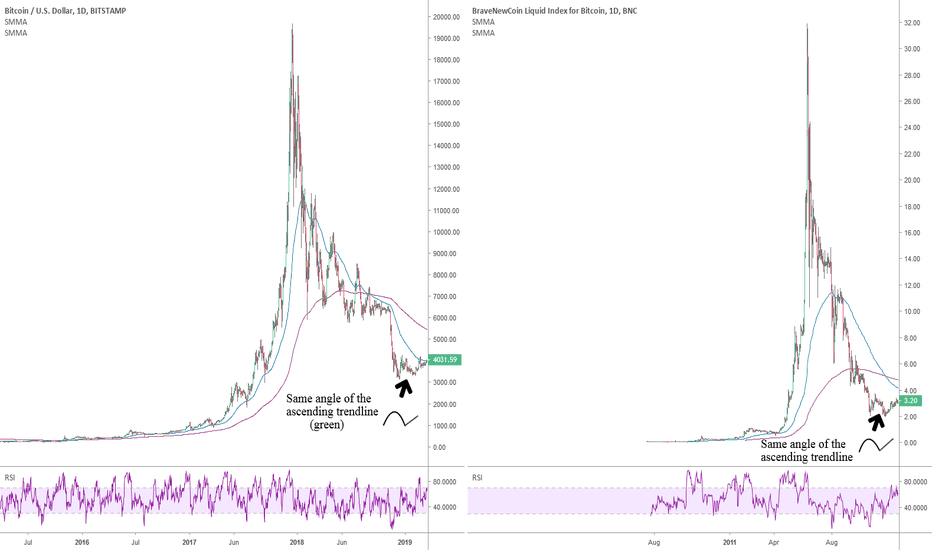 
During the failed bottoming attempt of 2014 (Sept-Nov 2014), a sort of similar inverted-U+ trendline pattern appeared, but the "angle" was more accute.

This pattern comparison might look like a bit too "Charlatanesque" but i found it interesting, so i am sharing it with you.
Gonna call this the "Omega fulcrum Bottom" pattern if it suceeds lol.