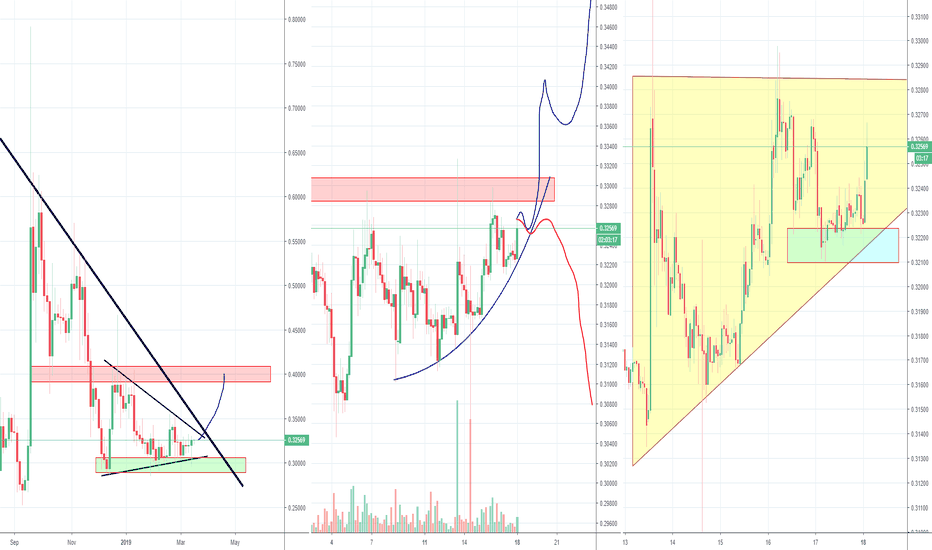 Comment: XRP is completely dead lately. Already broke that blue curved line, without even a fight. There is one, maybe an important note, about XRP. Since the Dec expatriation at Bitmex ended and the March started (which ends at 29-03), the price has simply been dropping (xrp/btc). Like someone is keeping the price at a low point to get max profit on the futures. Now the total amount open intrest, has a value around 40 million. My first thought is, that amount is not enough for such an operation, but they might be doing the same at other exchanges. I don't know, because i only know Bitmex myself.
I know the chart looked a bit bearish (the btc pair), i posted a big bearish wedge myself 3 months ago, but it has not been really dropping. Like a slow steady controlled drop. Could be noise, maybe some of you who know more about this, please share.
Anyway, on the right it seems a legit channel has been formed now. Can't make anything else about XRP now, but seeing bearish movement is more likely. Anything below 32.5/32.7 remains clearly in favor of the bears.

Comment: XRP still moving in that channel. On the left we can see the XRP/BTC pair with a short term support zone. If that one breaks, likely to see a new low again.