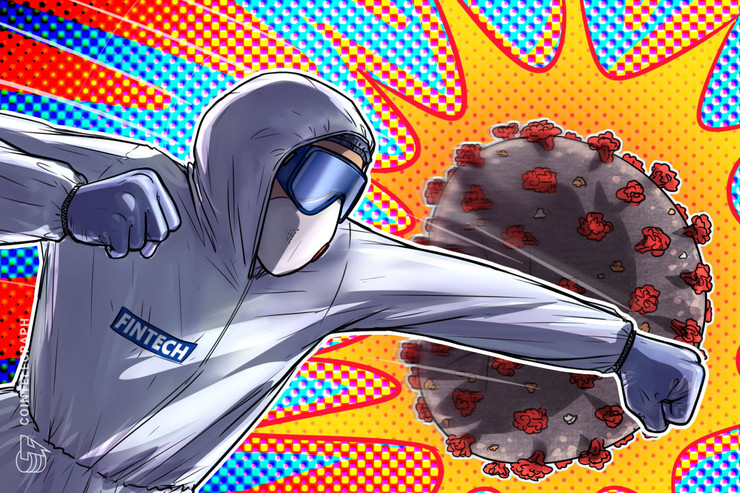 Last week, the United States Small Business Administration released an application form for nonbanks to sign on as lenders under the federal Paycheck Protection Program, referred to as the PPP, so that they can provide low-interest, forgivable loans to small businesses affected by the pandemic. Since then, a number of high-profile fintech companies have joined the scheme, but none of the crypto-focused lenders interviewed by Cointelegraph said they were going to enroll.

While some crypto actors deliberately chose not to partake in the PPP, others pointed out that they couldn’t join even if they wanted to, as the application form didn't take their specifics into account.

Introduction to the PPP

The PPP is a two-year loan designed to mitigate the economic impact of the COVID-19 pandemic on small businesses, which are defined as companies that have 500 employees or less, although exclusions apply. It covers eight weeks of payroll expenses for employers that continue to pay their employees during the pandemic and has an interest rate of 1%. Businesses applying for the PPP can borrow up to a maximum of $10 million.

The agency will ostensibly forgive PPP loans if all employees are kept on the payroll for eight weeks and the money is used for payroll, rent, mortgage interest or utilities, but at least 75% of the forgiven amount must have been used for payroll. Ultimately, all costs will be covered by a federal government grant.

The $350 billion small business loan program is a part of the U.S. government’s wider $2 trillion relief package called the Coronavirus Aid, Relief and Economic Security Act, otherwise known as the CARES Act, that was signed into law by President Donald Trump on March 27.

There has been an immediate demand for the PPP, as well as for other forms of financial assistance for small businesses. By April 11, the SBA had processed over 1 million loan applications for around $250 billion, more than a half of the program’s total budget. Due to the large number of applications, media reports suggest that some banks have begun stalling loan approvals, often prioritizing existing customers over other candidates.

Fintech comes to the rescue

On April 9, the SBA extended the PPP to nonbank entities if the lender “originates, maintains, and services business loans or other commercial financial receivables” as part of its business, meaning that fintech lenders are allowed to join the scheme. Notably, Financial Innovation Now, an alliance of information technology juggernauts with members as large as Amazon, Google and Apple, had been lobbying since March to be included in the PPP as alternative lenders.

Fintech firms seem to have certain advantages over traditional lenders, such as agility, as John Pitts — the head of policy at the San Francisco-based financial services company Plaid — previously explained to Cointelegraph: “Fintech lenders are digital-first and can process loans quickly — a matter of hours versus days compared to traditional lenders.”

Pitts also stressed that “fintech lenders will become a life-line” for firms that may have never needed a small business loan before or are too small to qualify for a loan from a traditional bank. Indeed, a number of fintech firms have since applied to become PPP lenders, including players like Intuit and Paypal, which has already announced the issuance of its first loans.

Crypto is locked out of the PPP

Despite fintech getting a greenlight, there are no cryptocurrency-native lenders on the list. The closest participant in that regard is Jack Dorsey’s payment firm Square Capital; its parent company Square Inc. supports Bitcoin (BTC) trading on its Cash App application and therefore is generally seen as crypto-friendly.

Alex Mashinsky, the CEO of the crypto lending platform Celsius Network, explained that industry entities are deemed asset-backed lenders while all SBA-approved lenders are balance sheet lenders or banks that “lend other people (depositors) money on a fractional reserve basis.” Mashinsky told Cointelegraph that “because of this and other licensing issues I don't see crypto lenders joining or being approved for the PPP.”

Indeed, none of the remaining crypto lending firms interviewed by Cointelegraph said they were going to partake in the PPP. Salt and Nexo declined to comment, while press teams from Gemini and Genesis Capital have yet to return the request for comment. A representative for CoinLoan said it hadn’t fully understood all the requirements at the time, but was not interested in working with forgivable loans.

A spokesperson for BlockFi said that it wasn’t participating in the PPP program, but is “reviewing information as it becomes available, including eligibility for crypto-specific lending companies.” The representative added that the company is supportive of such programs, as fintech firms are generally more efficient when it comes to small business lending:

“Since the 2008 recession, banks largely pulled out of small business lending due to lack of tools to quickly assess risk and make profit off these loans – which is exactly why today there are a surge of fintech lending companies that specialize with small business lending specifically (where they can assess and turn a loan around sometimes in 24 hours or less compared to weeks with a bank).”

Similarly, a representative for YouHodler said it does not service U.S. citizens at this time, which is why it cannot get involved with the PPP initiative. Nonetheless, the spokesperson added that the company has “a few features of our own designed to support our European clients in times of economic hardship,” elaborating:

“For example, we started a new loan plan using BTC as collateral and features zero fees. This zero-fee loan plan is already up and running and will go until the end of the lockdown period.”

Using cryptocurrency assets — which currently amount to almost $2 billion on the market — as collateral is an efficient move that could theoretically be picked up by traditional banks or government institutions. Jack Purdy, an analyst at the crypto research firm Messari, suggested this in an email conversation with Cointelegraph:

“Commercial banks already underwrite loans using a wide array of collateral like intangible assets or otherwise highly illiquid assets that can actually be riskier than Bitcoin given a market might not exist. When these loans default, there can be substantial haircuts to the value they receive versus what they expected to at the time of underwriting. In addition, banks spend considerable resources trying to claw back some money through collateral sales whereas if Bitcoin were used this would not be an issue.”

“We're already seeing the market for cash loans collateralized by crypto growing substantially through lenders such as Gemini, BlockFi, Celsius,” Purdy added, referencing his firm’s research on the matter. “As more traditional institutions look for higher-yielding opportunities they will naturally gravitate to this market where they may see higher interest payments on loans that aren't necessarily any riskier.”

However, Celsius’s Mashinsky, who recently claimed to run the first profitable major crypto lending platform on the market, reminded Cointelegraph that there are also certain disadvantages experienced by fintech firms that traditional institutions are immune to:

“While many fintech companies are more flexible and faster they do not have access to the 0% cost of capital banks and so generally can not compete on the large and medium size businesses who work with large banks.”

Mashinsky then went on to criticize the design of the PPP, arguing that it gives banks an upper hand when it comes to dealing with the relief program’s applicants. “Banks such as BOA have required users to have an account or CC or a loan outstanding to apply for PPP even though the money is provided by the government and guaranteed by them.”

Regarding the CARES Act, Mashinsky told Cointelegraph, “As usual most of the $2.2T will end up in the hands of the well connected and the too big to fail instead of the pizza shop owner or the barber down the street.” That sentiment echoes other reports suggesting that the PPP is only efficient for companies that have experienced minimal impact because of the lockdown, while businesses that have lost most of their revenue “might be walking into a financial buzz saw.” Nonetheless, the program has only been online for a couple of weeks, and the current deadline for PPP applications is June 30, so the line should not be drawn just yet.